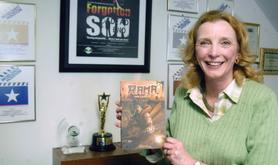 The goal of BAJ Productions is to attract interested parties, pool our resources and make enjoyable and commercial features.

Barbara Albers Jackson has a PhD in biochemistry from Vanderbilt University and is a member of WGAe.